Universities and agriculture agencies in nine states are closer to being allowed to grow hemp for research purposes, thanks to the sprawling farm bill soon to be approved by Congress.
Cultivating hemp — a cousin of marijuana that is used to make rope, clothing, lotions and other products – is now effectively prohibited by federal law.

Nine states including Kentucky and Vermont have passed laws legalizing industrial farming of hemp. The bill would allow research on and growing of the crop without the threat of penalties from the federal government.

The House passed the farm bill Jan. 29, and the Senate is expected to follow suit on Tuesday.

Senate Minority Leader Mitch McConnell was a strong backer of the hemp legislation, saying it could help boost the economy in his home state of Kentucky.

The pending approval of the bill sent shares of Hemp Inc. Hemp, an over-the-counter industrial-hemp penny stock, soaring 83% on Tuesday. 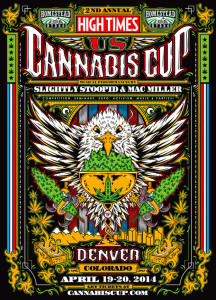