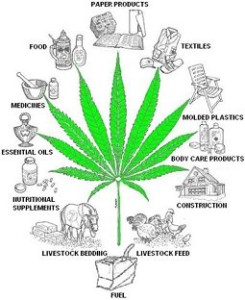 Hemp Textile Properties
As the premier plant fiber, True Hemp or Cannabis sativa has served mankind for thousands of years. This venerable fiber has always been valued for its strength and durability. Materials made from hemp have been discovered in tombs dating back to 8,000 B.C.E. Christopher Columbus sailed to America on ships rigged with hemp. Hemp was grown extensively in colonial America by numerous farmers including George Washington and Thomas Jefferson. Betsy Ross sewed the first American flag from hemp. 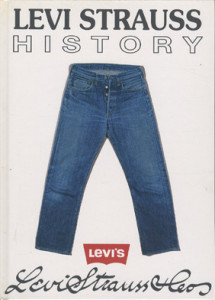 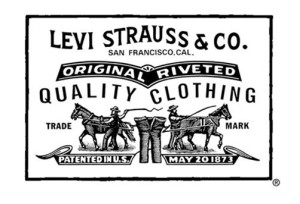 In fact, its combination of ruggedness and comfort were utilized by Levi Strauss as a lightweight duck canvas for the very first pair of jeans made in California.

For thousands of years hemp was traditionally used as an industrial fiber. Sailors relied upon hemp cordage for strength to hold their ships and sails, and the coarseness of the fiber made hemp useful for canvas, sailcloth, sacks, rope, and paper. 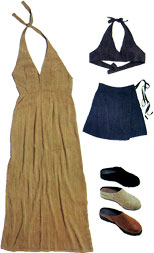 While hemp fiber was the first choice for industry, the coarseness of the fiber restricted hemp from apparel and most home uses. Hemp needed to be softened. Traditional methods to soften vegetable fibers used acids to remove lignin, a type of natural glue found in many plant fibers. While this method to remove lignin worked well with cotton or flax, it weakened the fibers of hemp and left them too unstable for use. Hemp therefore remained as an industrial fabric.

In the mid 1980’s, researchers developed an enzymatic process to successfully remove lignin from the hemp fiber without compromising its strength.

For the first time in history, de-gummed hemp fiber could be spun alone or with other fibers to produce textiles for apparel. This technological breakthrough has catapulted hemp to the forefront of modern textile design and fashion. Given hemp’s superiority to other fibers, the benefits of this breakthrough are enormous.

Superior Properties
Hemp fiber is one of the strongest and most durable of all natural textile fibers. Products made from hemp will outlast their competition by many years. 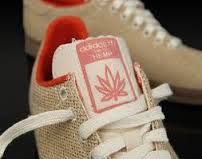 Not only is hemp strong, but it also holds its shape, stretching less than any other natural fiber. This prevents hemp garments from stretching out or becoming distorted with use. Hemp may be known for its durability, but its comfort and style are second to none. The more hemp is used, the softer it gets. Hemp doesn’t wear out, it wears in. Hemp is also naturally resistant to mold and ultraviolet light.  Due to the porous nature of the fiber, hemp is more water absorbent, and will dye and retain its color better than any fabric including cotton.

This porous nature allows hemp to “breathe,” so that it is cool in warm weather. Furthermore, air which is trapped in the fibers is warmed by the body, making hemp garments naturally warm in cooler weather. 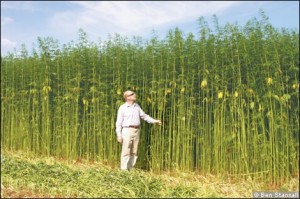 Hemp grows best in warm tropical zones or in moderately cool, temperate climates, such as the United States. Hemp leaves the soil in excellent condition for any succeeding crop, especially when weeds may otherwise be troublesome. Where the ground permits, hemp’s strong roots descend for three feet or more.

The roots anchor and protect the soil from runoff, building and preserving topsoil and subsoil structures similar to those of forests. Moreover, hemp does not exhaust the soil. Hemp plants shed their leaves all through the growing season, adding rich organic matter to the topsoil and helping it retain moisture. Farmers have reported excellent hemp growth on land that had been cultivated steadily for nearly 100 years. 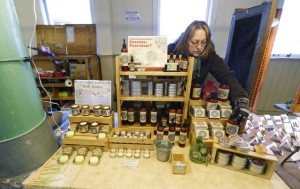 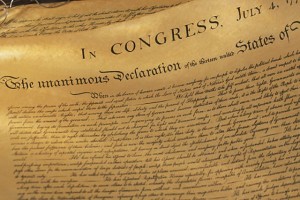 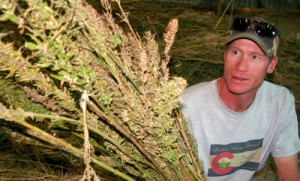 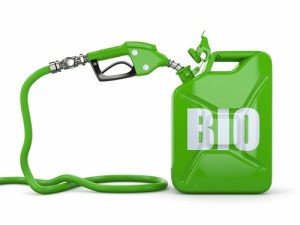 Organic Cosmetics
Founder of Aveda Products and Intelligent Nutrients, Horst is both a visionary business leader in the field of cosmetics and ecopreneur that has long been a proponent of organic ingredients in all his products. He applies his eastern teachings and philosophy of wholeness and smart earth policies to how he runs his business.

Hemp Oil Body Care
SPOKANE, Wash. — Maija Szymanowski works at a stand at Pike Place Market Thursday, Feb. 6, 2014 in Seattle that sells body-care products including lotions, salves, and serums made in Washington state with hemp that is grown in Canada. With recreational marijuana use now legal in Washington, state legislators are discussing whether the state should also launch an industrial hemp industry.

Medical cannabis has several potential beneficial effects. Cannabinoids can serve as appetite stimulants, antiemetics, antispasmodics, and have some analgesic effects, may be helpful treating chronic non-cancerous pain, or vomiting and nausea caused by chemotherapy. The drug may also aid in treating symptoms of AIDS patients.
Medical Wiki

Hemp Textile Properties
As the premier plant fiber, True Hemp or Cannabis sativa has served mankind for thousands of years. This venerable fiber has always been valued for its strength and durability.

International bestselling author Jeffrey Smith (Seeds of Deception) visits Boulder, Colorado to talk about how legislation is affecting our health – and poses a solution to kick GMO products out of the US by making them a marketing liability. A mere 5% shift in our buying patterns could be enough to change this disastrous agricultural practice.

Founder of Aveda Products and Intelligent Nutrients, Horst is both a visionary business leader in the field of cosmetics and ecopreneur that has long been a proponent of organic ingredients in all his products. He applies his eastern teachings and philosophy of wholeness and smart earth policies to how he runs his business.

Horst has a unique perspective on healthy and organic cosmetics and creams. The products you put on you your body and face should be be made from the purest organic plant and fruit extracts. Everything you put on your skin gets absorbed into the body, “It’s all digestible.”